The quantitative analysis of stratigraphic data using backstripping techniques has provided important constraints not only on the tectonic mechanisms that are responsible for passive margins, but on long-term eustatic sea-level changes in the geological past. Most previous studies, however, have been limited to data from individual wells and to Airy backstripping techniques. As a result, the 3D flexural effects of sediment loading and unloading and their implications for eustatic sea-level have not been fully evaluated. The main aim of this project, which is collaborative with Prof. Stephen Hesselbo, is to use recently acquired well and seismic data from the East Coast, USA rifted margin offshore New Jersey together with 3D flexural backstripping techniques to derive a Miocene sea-level curve that can be compared to eustatic curves such as that published recently by Miller et al (2006). The project will involve the compilation of grids of sediment thickness based on well and seismic data, the analysis of these data using 3D flexural backstripping techniques, and comparative studies to other localities where Miocene sea-level curves have been deduced such as North Sea and New Zealand. 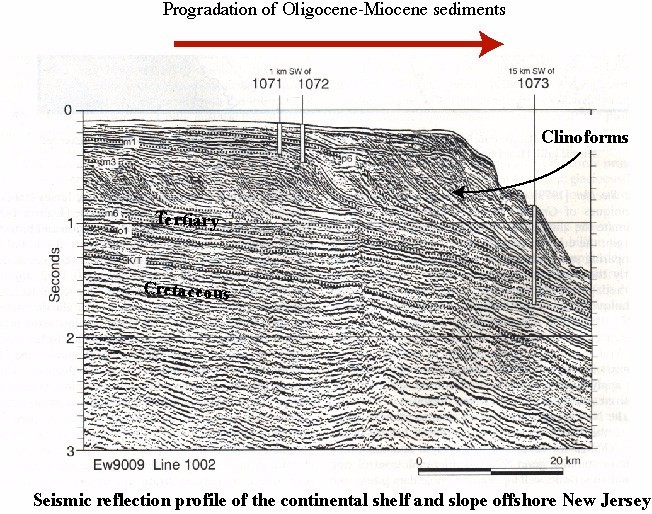