The United Arab Emirates (UAE) is underlain by one of the deepest sedimentary basins in the world and one of its most productive for oil and gas. The basin comprises a lower rifted margin sequence and an upper foreland basin sequence. The rift sequence formed during the Permian-Early Cretaceous following break-up of the Arabian plate and the formation of the Tethyan Ocean while the foreland basin sequence formed during the Late Cretaceous and Tertiary following ophiolite emplacement and thrust and fold loading in the Oman mountains. The aim of this project is to use stratigraphic data from more than 330 deep exploration wells, together with existing seismic, gravity and magnetic data, to determine the spatial and temporal depth to the base of the foreland basin sequence. By comparing this depth to the predictions of simple elastic models, we will determine the relative role that plate processes , such as lithospheric flexure, play in controlling the development of the stratigraphic record compared to that of other processes, such as dynamic topography associated with subduction of the Arabian plate beneath Eurasia. The project, which will be a collaborative one with Prof. Ali at the Petroleum Institute in Abu Dhabi, will involve the manipulation of large geophysical data sets, 3D flexural backstripping, and plate flexure and dynamic topography modelling. 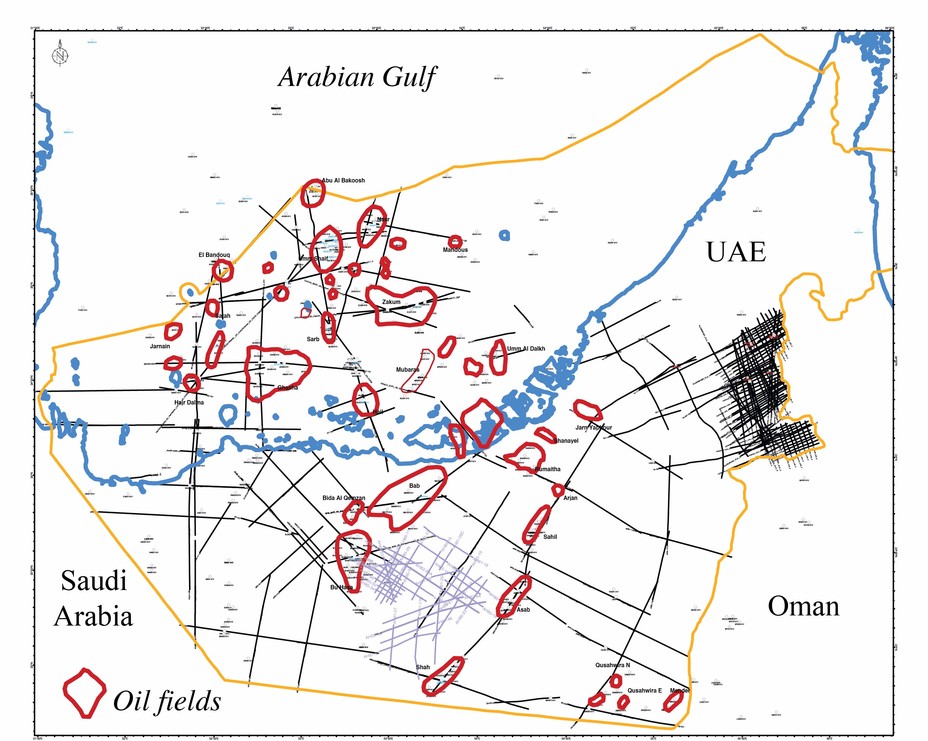